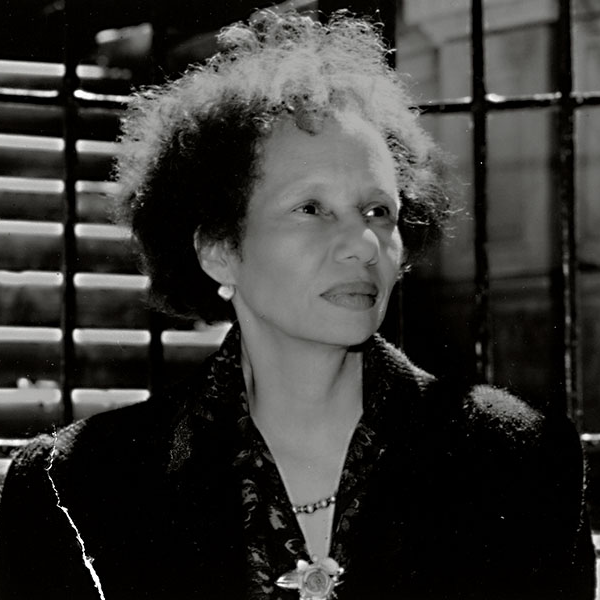 NEW YORK, March 15, 2022—The American Academy of Arts and Letters has announced the recipients of its highest honors for excellence in the arts. Playwright Adrienne Kennedy and artist Kara Walker have been awarded the Gold Medals for Drama and Graphic Art, respectively. Given each year in two rotating categories of the arts, the Gold Medal is awarded to those who have achieved eminence in an entire body of work. Actor, playwright, and professor Anna Deavere Smith has been awarded the Medal for Spoken Language, given to those who have set the highest standard in the use of language in spoken address. Poet Edwin Frank will be recognized for his significant contribution to the arts as founder and editorial director of the New York Review Books. Essayist, novelist, memoirist, and critic Phillip Lopate will receive the Christopher Lightfoot Walker Award of $100,000 for a significant contribution to American literature. The recipients were chosen by the members of the Academy.

Award for Distinguished Service to the Arts
EDWIN FRANK

Award-winning playwright, lecturer, and author Adrienne Kennedy was born in Pittsburgh in 1931 and attended Ohio State University. Her plays include Funnyhouse of a Negro, June and Jean in Concert, and A Movie Star Has to Star in Black and White. She is the recipient of an Obie Award for Sleep Deprivation Chamber, co-authored with her son Adam Kennedy, which premiered at the Public Theater and was produced by Signature Theatre Company, which devoted an entire season to Kennedy’s work. Other awards include a Guggenheim Fellowship, the Anisfield-Wolf Book Award, a Lucille Lortel Award, and an Arts and Letters Award in Literature from the American Academy of Arts and Letters. She has taught at Harvard University, Yale University, New York University, and University of California at Berkeley, where she was Chancellor’s Distinguished Lecturer in 1980 and 1986. In 2008, Ms. Kennedy received an Obie Lifetime Achievement Award; in 2018, she was inducted into the Theater Hall of Fame for “Lifetime Achievement in the American Theater”; and in 2021, she received the Dramatists Guild of America’s Lifetime Achievement Award, which noted her “indelible and extraordinary impact… not only to the art of playwriting, but to all of us in the community of American dramatists.”

New York-based artist Kara Walker is best known for her candid investigation of race, gender, sexuality, and violence through silhouetted figures that have appeared in numerous exhibitions worldwide. Having studied at the Atlanta College of Art (BFA) and the Rhode Island School of Design (MFA), she is the recipient of many awards, notably the MacArthur Foundation Achievement Award and the United States Artists Fellowship. In 2012, Walker became a member of the American Academy of Arts and Letters. Walker’s major survey exhibition, Kara Walker: My Complement, My Enemy, My Oppressor, My Love, was organized by The Walker Art Center in 2007 and traveled to institutions including the Whitney Museum of American Art in New York and the Hammer Museum in Los Angeles. Recent solo exhibitions have been presented at the Art Institute of Chicago and Camden Arts Centre in London. Her work can be found in museums and public collections throughout the United States and Europe including the the Museum of Modern Art, New York; Tate Gallery, London; and Museo Nazionale delle Arti del XXI Secolo (MAXXI), Rome.

Anna Deavere Smith is an actor, playwright, teacher, and author whose plays include Fires In the Mirror, Twilight: Los Angeles, House Arrest, and Let Me Down Easy. Her theater combines the journalistic technique of interviewing her subjects with the art of interpreting their words through solo performance. Her most recent original work, Notes from the Field, looks at the vulnerability of youth, the criminal justice system, and contemporary activism. The New York Times named the stage version among The Best Theater of 2016, and in February 2018 the film version premiered on HBO. She has been awarded a National Endowment for the Humanities Medal, MacArthur Fellowship, and is a full professor at New York University’s Tisch School of the Arts, where she founded the former Institute on the Arts and Civic Dialogue.

Born in Boulder, Colorado, in 1960, Edwin Frank graduated from Harvard College, received a Stegner Fellowship from Stanford, and studied art history at Columbia University. He has published numerous poems and essays in journals and is the author of the poetry collections The Further Adventures of Pinocchio, Stack, and Snake Train. In 1999, Frank founded New York Review Books, a publisher of forgotten classics and new translations. He has worked as editor of its Classics series for over 20 years. His choice of overlooked excellent titles from all languages presented in handsome paperback editions has added to the world’s pool of excellent literature.

Phillip Lopate is a central figure in the revival of the American essay, both through his ubiquitous edited anthology, Art of the Personal Essay, and his own essay collections, Bachelorhood, Against Joie de Vivre, Portrait of My Body and Portrait Inside My Head. He is also the author of such book-length nonfiction works as Being with Children, Waterfront, Notes on Sontag, Rudy Burckhardt: Photographer, and A Mother’s Tale. Additionally, he has written books of fiction (Confessions of Summer, The Rug Merchant, Two Marriages) and poetry (At the End of the Day). Finally, he has edited other anthologies (Writing New York and American Movie Critics), and is currently completing a three-volume historical anthology of the American essay. A member of the American Academy of Arts and Sciences, a winner of Guggenheim, New York Public Library, and National Endowment for the Arts fellowships, he is on the faculty of Columbia University’s Graduate Writing Program, School of the Arts.